Is the Bible Relevant In Today’s Times? 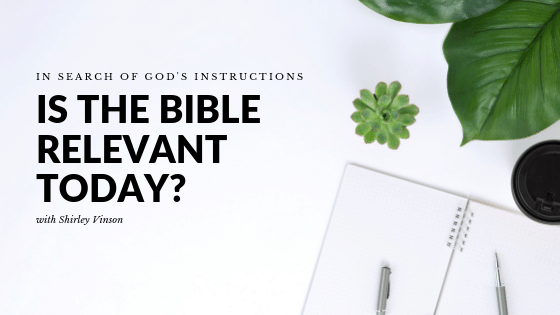 Think of the Bible as GOD’s Timeline for mankind

Adam and Eve triggered curses on the earth

Consequently, GOD cursed the earth so that it would no longer be easy for Adam and Eve to grow and produce food to eat.  GOD also limited the number of days for mankind by their generations.  For this reason, GOD reduced the years of man to 70 years and 80 by reason of strength.

GOD told Adam at the appointed time HE would redeem mankind to HIM by sending a Redeemer.  The Redeemer would crush the head of Satan, but not before Satan bruised the Redeemer’s heel.  Adam and Eve looked for the Redeemer to come during their life time. However, the Biblical timeline shows the Redeemer came 4000 years later.

the Bible is Relevant because it shows GOD designed a plan by which to send us the Redeemer.

In the meanwhile, as generations of Adam and Eve’s offspring were born and died. None of them sought to live their lives by trusting in doing the instructions of GOD.  Instead, the lived their lives based on their assessment of right and wrong, and form gods by their hands to pray to.

Subsequently, GOD patiently waited for the the birth of the individual who would choose to look for HIM with all of his heart, mind and soul. Finally, that individual was Abraham. So, GOD choose Abraham’s descendants to send the promised Redeemer to mankind.

The Redeemer came and was rejected by the Holy nation

the Bible is relevant because it provides us with a timeline that points to the importance of the reason for our redemption. GOD waited for the birth of Isaac and Jacob, the seeds HE promised to Adam and Eve to redeem mankind, HE took Abraham, and the descendants of Isaac and Jacob through fiery tests, to see if they would obey HIS voice to do the instructions HE gave to them.

He waited for the children on Jacob grow up and become parents and He tested the children by allowing them to go into bondage of hard labor in Egypt.  And when the time was right, HE brought them out of bondage and took them into the promised land of Israel. Eventually, they rebelled against HIM and HE drove the Israel into Captivity by the hands of the Assyrians.

Later HE drove Judah into captivity, 1st by the hands of King Nebuchadnezzar. Then He let them return to Jerusalem for the purpose fo sending them the promised Redeemer, Yehoshua (aka Jesus Christ), their Messiah. In spite of this, they rejected the Redeemer and crucified Him.

GOD punished the Holy nation for rejecting the Redeemer

As a result of them rejecting the Redeemer, GOD punished the Holy nation once again. This time, HE drove them into captivity again, by activating the curses in the book of Deuteronomy.  He drove them out of the land of Israel by the hand of the Roman Emperors Titus and Vespasian.

Satan is working diligently to destroy the Holy nation

GOD allows Satan to utilize the Gentile nations to chastise them for 2300 years. Thereby, fulfilling the prophesies of Daniel, and Revelation. Satan works diligently to destroy the people of GOD, so that nothing or memory is left of them. By doing this, Satan expects to gain the world for himself and set up an eternal kingdom of wickedness and evil.

This is the reason for the leaders of the nations establishing the agendas of a One World Order (aka government), One religion tolerance system (aka Sunday Rest), and the elimination of more that half the world’s population.

These days are the end of the 6000th year

the Bible is relevant today because to lets us know that we can trust in GOD to do what He says HE will do; and it gives us hope. Today, mankind is living in the very last hours, of the 6000th year.  This means, we are about to enter into the 7000th year, which is a day of complete Rest for the people of GOD.  This the reason the year 2020 and forward is a time period designed to destroy the people of GOD.

In other words, the prophesy of the statue in the book of Daniel is now happening.GOD is about to strike the earth and destroy the strength of the Gentile nations. He is placing the rule of a new kingdom on earth into the hands of Yeshua, the Messiah. This action will usher in the 7000th year, and the Millennial Reign of Yeshua, the Messiah.

In order for GOD’s people to survive it, they are required to repent, and start living their lives by doing the instructions of GOD as given to us in the Bibles, the Tanakh, and the Torah.

Related: The Book of Revelation Means

7 STEPS TO BUILDING A RELATIONSHIP WITH GOD 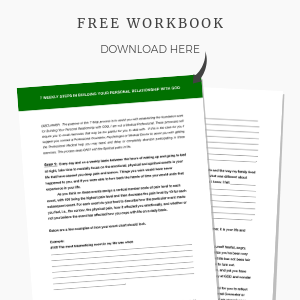